It is my last day in Cancun. Lying on the beach the same two songs keep playing through my head. I only know the refrain and the lyrics intermingle with my other thoughts. Nicolas Jaar's “let's live for today” and the cover Nouvelle Vague did of “too drunk to fuck”. I have not listened to these songs for a long time, but I played them often when I was in Portugal. With my mind on Portugal my brain must have made the link to bring them back to the foreground. They become a medley that only works inside the confinement of my own mind. 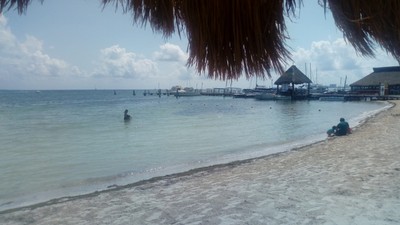 Cancun is not what I expected. It is not the huge party place. It is a cheap place with a few bars where Americans go to get drunk cheaply. My being here feels like an invasion. An invasion of people's work places, people’s homes. The hostel is listed as a party place but hardly lives up to the reputation. Beer pong and one hour of free beers are hardly enough to make it a party place. Good value for money though. We are given bracelets with the hotel name and address. Supposedly to identify the guests from not guests. But there are only five guests. The bracelets are there for the benefit of the police. If one gets too drunk to get back on their own, the police know where to take them. Behind the bar is one lonely picture of a topless former guest. Slightly pathetic. Imagine a badly acting Adam Sandler doing his idiot impression and going: “Like one day, this girl got sooo drunk, and then she lifted up her shirt, and then let us make pictures of her boobies. Yeah that is how wild it gets here sometimes.” If it was a hundred pictures of as many different women it would be a feature, now it is just a testament to the sad state of affairs.

This trip is almost over. There is a lot I need to arrange before my return to Portugal. Car insurance, tax returns extension, foreign pension and more. Apart from the practical, there is also a lot to think about: do I stay in Portugal or do I leave for another trip? How will the people be? Will I be bored and leave or find a hobby and stay? Because of all this I decide to seek solitude, to arrange my administration and organize my mind. To the other guests I must appear a grumpy old man, but zero fucks given on that subject. Full disclosure: the girls at the hotel are also just too ugly to be interesting.

Sitting outside reading a book, a man and a boy on bikes step off and join me on my public bench. “Do you speak English?”, the man queries. “Sometimes I do”, I reply. “Sometimes”, he scoffs. “Well you better watch out, two transvestites are coming this way.” Confused as to the inherent danger of transvestites, I jokingly and hesitantly tell him: ”Well I am a handsome guy…” “It is not about your looks, it is about the money you have in your pocket.” “Ah I see”, I tell him, but I don't really see, trying to think of ways two men in miniskirts and high heels would be threatening enough to rob me of my money. The only thing I can come up with is that the American next to me is a fervent Republican voter. Going back to my book I imagine the conversation over but no such luck. He tells me about his job as a travel agent, how it meant him coming to Mexico, getting married to a local, becoming a dad. I believe to sense a hint of disillusionment so I ask him: “Shit happens huh?” He turns his face away from me, looking at the distant empty horizon and says: “Yeah. Shit happens.” I learn about their living in America and going back to Mexico. Telling me how Cancun has the highest percentage of drag queens and how everyone here is a drunk and how the government is battling this. “Do you miss America?”, I ask, noticing the republican views and distaste for the Mexicans. “The wife wanted to go back to Mexico”, he says as if that is an answer to my question. I make note of the fact that he says “The wife” and not “My wife”. The man and his son prepare to get on their bikes again. The boy seems to be about 13 years old, but behaves like a nine year old. Running around, making zoom zoom noises as if he is an airplane. He is unruly, without any respect for his father, rather testing him, trying to get him mad. The father shows no love whatsoever. Not even enough love to yell and get mad at the boy. He just doesn't care.

There is an unfinished boulevard that is closed to the public but there is an overgrown pedestrian path that gets you there. Broad roads and pathways that are a dead end on both sides. With street lighting that still needs to be hooked up. Holes in the streets with cables hanging out that mark the spot where more fixtures were to be placed. Vandalized landmarks that never came into existence. But quiet and overlooking the blue water bay. It is visited by myself and the occasional group of schoolkids. At least during the day. The emptied out wallets and tossed fake jewelry an indicator it is used by others at night. 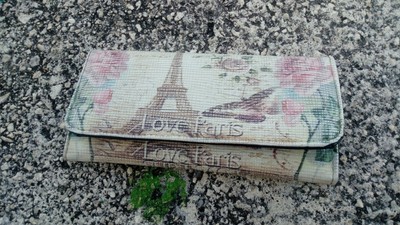 Most hours I spend there in complete solitude. A bird on the nearest street light lets out a shriek. He flies over towards me, stands there looks at me and occasionally pecks at the ground. He hops about, but his hops are unstable. After every hop he seems to need to pause and stabilize. It is only then that I realize that he has only one leg. 'What strange omen you are?’, I wonder, ‘’Ah well, be it good or bad let it come’.

Las Perlas is a little known beach visited by a few locals only. As I lie in the shade I imagine what I am doing here, with humor noting that I could be working in in an office having debates and discussions and worrying about things going wrong.

"When I think of all the worries, people seem to find.
And how they're in a hurry, to complicate their minds.
Chasing after money or dreams that won't come true,
I'm glad that we are different, we have better things to do."

Whatever Portugal will bring me, it will give me either a reason to leave or a reason to stay. One of the two brown and white pelicans that was floating around the marina glides low over my head as I stare at the clear blue sky. It adds a much needed third verse to the medley in my head. Pink Floyd's song of solitude, sin and forgiveness. 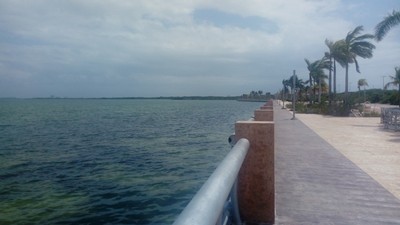 On the plane to New York I am reminded of a stupid thing I have done in Cancun, where my ego got the better of me, making me behave like the idiot I am. Normally this makes me flustered and full of self loathing. But not today. Having made peace with myself months ago I wonder what has made me so mellow. I realize that ‘forgiving oneself’ is one thing, ‘accepting oneself’ is another thing altogether.

Posted by Old Man At 05:44 Archived in Mexico

Previous Next Table of contents

Comments on this blog entry are now closed to non-Travellerspoint members. You can still leave a comment if you are a member of Travellerspoint.

If you aren't a member of Travellerspoint yet, you can join for free.